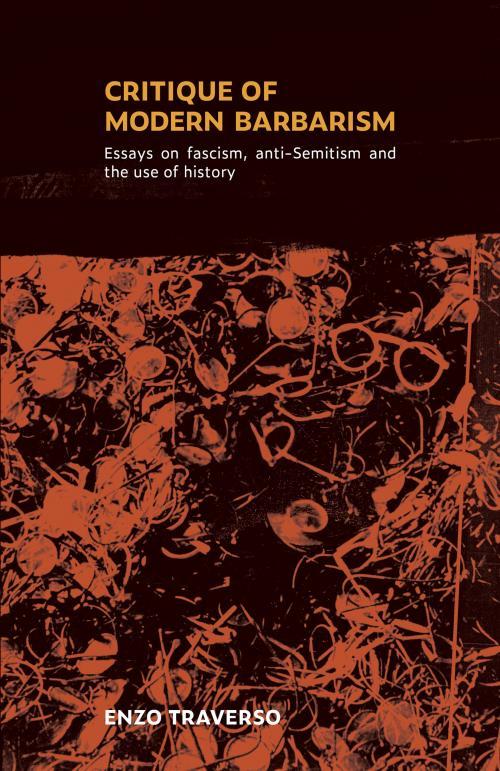 One of the aphorisms of Adorno’s Minima Moralia stands out as one of the few that is dated; ‘autumn 1944’.1 Writing in the period the exiled thinker was becoming aware of the extent of the crimes committed by Nazism, Adorno criticised ‘the idea that after this war life will continue normally’ or that culture might be ‘rebuilt’ as ‘idiotic’. ‘Millions of Jews have been murdered, and this is to be seen as an interlude and not the catastrophe itself. What more is this culture waiting for?’ The destruction of the European Jews was a historical break, not a parenthesis. Referring to ‘Hitler’s robot-bombs’, Adorno paraphrases Hegel; ‘I have seen the world spirit, not on horseback, but on wings and without a head’ – like fascism itself, ‘the robots career without a subject. Like it they combine utmost technical perfection with total blindness.’

One of the central themes of this book is this ‘instrumental reason’ of modern capitalism: a calculating rationality that combines technical advancement with an obliviousness toward human beings, and is geared towards domination.

The essays in this book were written over the course of several decades. Some were first published in political journals, others appeared as reviews or contributions to academic conferences. Despite this, they share as a theme the analysis of specifically modern forms of barbarism. The kind of rationality that made the Holocaust possible, Traverso insists, was not a historical accident, caused by factors exogenous to the development of Western society. Neither was it a relapse into a supposedly past form of primitive barbarism. Inspired by the critical theory of the Frankfurt School and the heterodox Marxism of a thinker like Walter Benjamin, Traverso puts European modernity’s potential for violence and destruction at the centre of his analysis of European anti-Semitism, the Holocaust and fascism.

Part of this book was published just before the turn of the century, under the title Understanding the Nazi Genocide: Marxism after Auschwitz.2 According to the 1999 foreword, ‘Traverso’s argument is that a Marxism capable of comprehending the Shoah must be profoundly different in some ways from Marxism as it was commonly understood a century ago in the Second International’.

This earlier edition attempted to analyse various aspects of Marxism’s relationship to the Holocaust and its memory. ‘Auschwitz’ not only poses a fundamental question to the optimistic Weltanschauung of the Second International’s Marxism (which lived on long after the Second International was destroyed by the First World War). Traverso argues it forces us to reconsider the notion of progress as such. A conception of history that sees human development as simply moving forward is unable to understand the modern character of the Nazi genocide of the Jews – it can only see this crime as a retrogression to the violence of earlier times, and as an unfortunate, but temporally limited, detour away from progress. Such a concept cannot understand how essential certain characteristics of modernity were to the Judeocide, such as the existence of a well-organised state-bureaucracy and the instrumental rationality of the thousands of clerks, officials and functionaries, civilian and military, who all played their own small role in the destruction of the Jews.

Auschwitz was made possible by modern capitalism’s capacity for combining mass violence and rage with cold, calculated planning and a developed technology of killing. A critical theory of society needs to be able to see this potential for destruction in the most developed, most modern societies.

Ignoring this potential leads to the ‘conformism’ that Walter Benjamin already criticised in the German workers movement of the thirties; unable to see the dangers ahead, both Social Democrats and Communists believed that history worked in their favour, that every day passed meant a day closer to their victory and the goal of a liberated society.

In the original conclusion to Understanding the Nazi Genocide, Traverso argued Marxism needs to break with the ideology of ‘Progress’ and a teleological vision of history that saw socialism as the inevitable outcome of historical developments.3 Instead, socialists need to question ‘the idea of socialism as an inheritor and continuation of capitalist progress’.

Questioning the ideology of progress is necessary to be able to confront modern capitalism’s capacity for destruction. It inevitably poses questions as to what a liberated society, a socialist society, could look like. On what foundations in existing society could such a future build? We are a long way from the days when the development of ‘the productive forces’ was seen as the decisive criterion for how close a society was to a socialist transition.

In his afterword to the earlier edition Traverso wrote that socialism thus remains a Utopia; ‘a concrete Utopia in Ernst Bloch’s words, that is, a project and a fight rather than a vague chimera’.4 After the horrors of the twentieth century, the collapse of so-called ‘really existing socialism’ and most of the parties that saw themselves as part of this project, socialism remains ‘a moral necessity, a demand for social justice.’ Traverso described this concrete Utopia as ‘certainly not a battle won in advance, nor anything ineluctably inscribed in the ‘‘march of History’’ and ‘‘scientifically’ guaranteed by the force of its ‘‘laws’’.’ Instead, this commitment now resembled, in the words of Daniel Bensaïd, a ‘melancholy wager’.

The newly added essays extend the scope of the original book. written over several decades, sometimes overlap or show differences in nuance. They discuss the centrality of anti-Semitism to National Socialism, the left’s failure to recognize its importance as well as historiographical debates concerning the memory of the Shoah and fascism. In recent years, Traverso’s interventions in such debates have become increasingly well known in English speaking circles.

Enzo Traverso was born in 1957, in Italy, in a small Piedmont town where he grew up hearing stories of the struggle of leftist partisans against the fascist regime. The valley of this town was during the Second World War home to ‘all the ingredients of total war and civil war’; ‘German massacres and Italian accomplices; the complex web of collaboration; civilians divided between enforced adaption and revolt; the Resistance with its martyrs, heroes and atrocities’; ‘it was a miniature theatre of the drama played out in the old world’. Still in his teens, he joined the far left in 1973, as one of the ‘final representatives’ of the ‘last generation of October’, inheriting a ‘series of political categories and a vocabulary’ dating back to the European civil war of 1914-1945.5

Traverso obtained his doctorate in 1989, under supervision of Michael Löwy. Between 1989 and 1991, he worked at the International Institute for Research and Education in Amsterdam, and since then he has been connected to research institutes and universities in France, Germany, Belgium, Italy, Spain, Argentina, and the United States. In addition, he has contributed to the editorial and advisory boards of several political and historical journals, and between 1998 and 2008 he was a member of the editorial collective of the French progressive publishing house La Fabrique.

In 2016 appeared the English translation of his book Fire and Blood: The European Civil War 1914-1945, a book that insisted ‘that an amnesiac democracy is necessary a fragile one’ and that a-political, ‘moral condemnation of violence cannot replace its analysis and interpretation’.5

Much of Traverso’s work is focused on making such an analysis. It is an analysis which recognises that although ‘all civil wars are tragedies’, ‘some also require commitment’ to the ‘wager’ of liberation. However, ‘the turn that world took in 1989’ meant that the ways to changing the world inherited from the last generation of October had to be radically reconsidered.6

Several of the essays in this collection can be read as steps in this process of reconsideration. In one of them, a review of Norman Geras’ book The Contract of Mutual Indifference: Political Philosophy after the Holocaust, Traverso writes that Geras is not the first to show the way to an ethical refoundation of socialism in the light of the catastrophes of our times; ‘A similar assessment had already been made, in the face of Stalinism, by Victor Serge, who believed that, without respect for Man, even the worst of men, socialism would be inconceivable. After Auschwitz and Hiroshima, the same ethical turn had been taken by Marxists such as Dwight MacDonald or Günther Anders, later by Theodor Adorno, who did not hesitate to enunciate a new categorical imperative: ‘to think and act so that Auschwitz does not happen again, that nothing similar happens’.

In such a socialism, the faith in the march of history has been replaced by a rebellion against ‘exploitation, injustice and inequality’. This revolt needs to remember Auschwitz and its victims, and the possibility of a civilisational break tearing up the ‘fabric of elementary human solidarity’. We can add that this rebellion does not need a guarantee of victory to justify itself. Rather, it is a continuation of the categorical imperative, already formulated by Marx in 1844, ‘to overthrow all conditions in which man is a debased, enslaved, neglected and contemptible being’.

Critique of Modern Barbarism. Essays on fascism, anti-Semitism and the use of history can be bought here.