In 1982 Ernest Mandel was a central person in the founding of this institute and became its first chairman. He contributed invaluable lectures and studies during his time as chairman and fellow. Besides giving lectures Ernest Mandel have also wirtten two Notebooks for Study and Research (see below). After his death, the institute established the Ernest Mandel Study Centre in his honour. 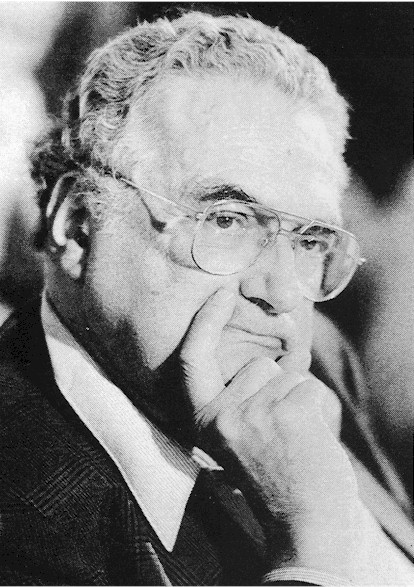 Until the publication of his massive book Marxist Economic Theory in French in 1962, Mandel's Marxist articles were written mainly under a variety of pseudonyms. He resumed his university studies (cut short by the german occupation of Belgium) and graduated from what is now the École Pratique des Hautes Études in Paris in 1967. Only from 1968 did Mandel become wellknown as public figure and Marxist politician, touring student campuses in Europe and America giving talks on socialism, imperialism and revolution.

Although officially barred from West Germany (and several other countries at various times, including the United States, France, Switzerland, and Australia), he gained a PhD from the Free University of Berlin in 1972 (where he taught some months), published as Late Capitalism, and he subsequently gained a lecturer position at the Free University of Brussels. In 1978 he delivered the Alfred Marshall Lectures at the University of Cambridge, on the topic of the long waves of capitalist development.

In total, he published approximately 2,000 articles and around 30 books during his life, which were translated into many languages. In addition, he also edited or contributed to many books, maintained a voluminous correspondence, and went on speaking engagements worldwide. He considered it his mission to transmit the heritage of classical Marxist thought, deformed by the experience of Stalinism and the Cold War, to a new generation. And to a large extent he did influence a generation of scholars and activists in their understanding of important Marxist concepts.

His life and work are the specific study of our partnershiporganization The Ernest Mandel Foundation, who are digitalizing severeal articles, books and pamphlets by Mandel, their website can be found here.