Memories of the 1980 coup in Turkey 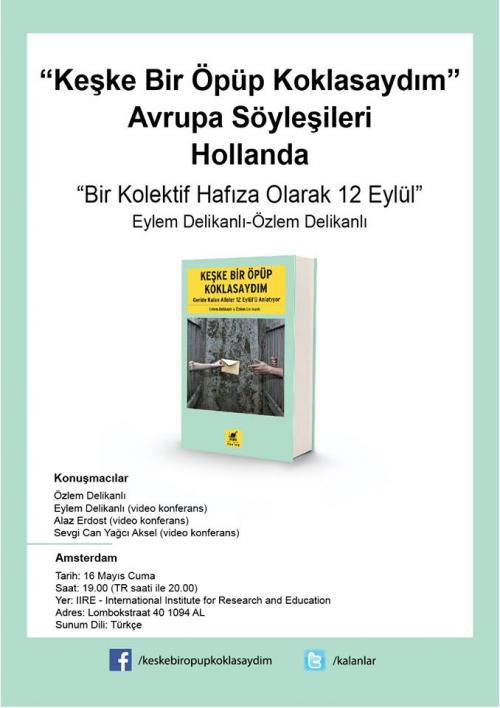 The 1980 Coup D’Etat depicts a pivotal moment in the history of Turkey. When the National Security Council declared the Coup on September 12th, extended martial law throughout the country and abolished the Parliament and the Government; not only did it end the hegemonic crisis but also paved the way to rebuild and restructure the society in order to facilitate the economic and social integration to the neoliberal order. Keşke Bir Öpüp Koklasaydım, a book of oral history, focuses on the families of the revolutionists that were directly targeted by the Military during and after the Coup. Their stories shed a light on intricate effects of militarism and open fascism towards families and towards the larger society. Children, spouses, parents and relatives share their long-term individual struggles to survive psychologically as well as their organized efforts to resist the dictatorial authority in order to demand justice. Eylem Delikanlı, Özlem Delikanlı, Alaz Erdost and Sevgi Can Yağcı Aksel will join the panel to expand on the 1980 Coup D’Etat and their vital efforts towards building a collective memory. Özlem will be present and others will join by video conference.

Please note the meeting will be in Turkish.