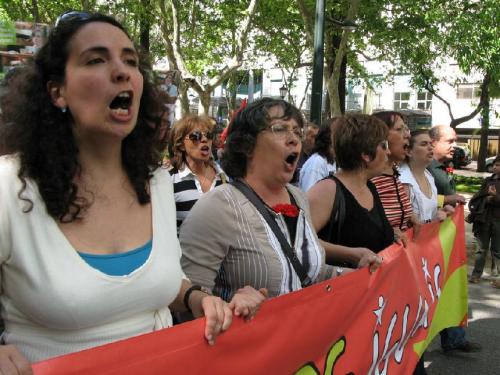 The organisation of an International Women’s Seminar was decided in February 2012 by the leadership of the International.

We received donations for helping with the travel costs of the participants from the Third World to an amount of more than 2000 €. The International paid also part of the travel costs.

The three topics are:

- Prostitution in the global world: starting with introductory reports from Brazil, the Spanish State and Indonesia, we will discuss the current situation and legal status of prostitution and review the ongoing theoretical debates on this subject.

- The impact of institutional religions on women: we will take the example of abortion, with a written report on the current situation in Turkey, as a starting point to assess how different religions continue to attack women’s rights.

- The place of women in our organisations: starting with the 1991 World Congress Resolution, we will have country reports and discussions.

This seminar is organised by the secretariat of the Women’s Commission of the Fourth International.