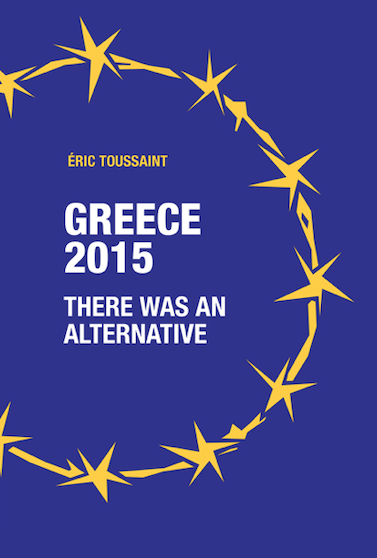 2015 will be a landmark in the history of Greece, Europe and the Left. This book can be used as a guide for readers who are content neither with the mainstream narrative spun by major media and creditors, nor with former Finance Minister Yanis Varoufakis’s version in his book Adults in the Room. Greece 2015 shows instead that at each stage of the path of the Greek government in 2015, there were alternatives.
With a preface by Michael Roberts.

''A devastating critique of the Syriza government and of Varoufakis' strategy and tactics during 2015''
- Michael Roberts, economistt

''Lessons in what not do''
- Costas Lapavitsas, profeessor of economics, SOAS, ex Syriza member of parliament in 2015

Eric Toussaint, who coordinated the work of the audit committee set up by the president of the Hellenic Parliament in 2015, lived at the heart of events that shook Europe. Eric Toussaint is an economist and political scientist, and is the international spokesperson of the Committee for the Abolition of Illegitimate Debt (CADTM), and sits on the Scientific Council of ATTAC France. His most recent books are Debt System, Chicago: Haymarket Books, 2019;Bankocracy, London: Resistance Books / IIRE / CADTM, 2015; The Life and Crimes of an Exemplary Man, Liège: CADTM, 2014; Glance in the Rear-View Mirror: Neoliberal Ideology from its Origins to the Present, Chicago: Haymarket Books, 2012; A Diagnosis of Emerging Global Crisis and Alternatives, Mumbai: Vikas Adhyayan Kendra [VAK], 2009