No 68. Recorded Fragments. Reflections on the 20th century 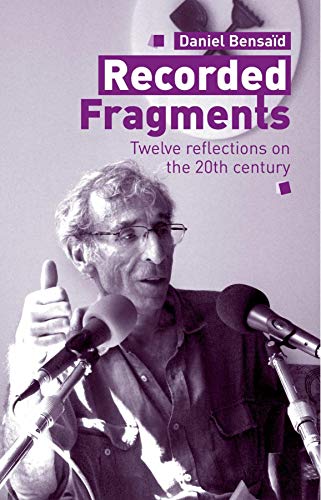 These interviews with Daniel Bensaïd were broadcast in 2008 on the radio station Fréquence Paris Plurielle. Through them, Bensaïd gives his insight into twelve significant events including the October Revolution, the Spanish Civil War, the assassination of Lumumba, the 1973 coup in Chile, and the fall of the Berlin Wall. These milestones of the ‘short twentieth century’ are necessarily a biased and partial choice. In this book, one reads some of the main analyses that structure Daniel Bensaïd’s thinking at the beginning of the 21st century.

Daniel Bensaïd was born in Toulouse in 1946. He became a leader of the 1968 student movement and subsequently of one of France’s main far left organizations (Ligue Communiste Révolutionnaire) and of the Fourth International.He is the author of Marx for our Times, Verso: 2010, Strategies of Resistance, Resistance Books: 2014 and An Impatient Life, Verso: 2015, among many other titles. He died in Paris in 2010.