No.33-34 The Clash of Barbarisms: September 11 and the Making of the New World Disorder 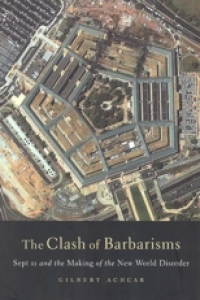 The US shift towards "unlimited war" precipitated by the events of 11 September 2001 was long in the making. Gilbert Achcar traces the rise of militant, anti-Western Islamic fundamentalism to its roots in US policies aimed at control ling the oil reserves of the Middle East, particularly Saudi Arabia, the "Muslim Texas". He examines the disintegration of class-ridden societies in the Middle East today and shows how these processes are rooted in the interests and policies of US imperialism. The US war on terrorism is raising this disintegration to new heights of destruction and disorder.

IIRE Fellow Gilbert Achcar lived in Lebanon until moving to France and most recently Berlin, where he is a researcher in social sciences at the Centre Marc Bloch. He is a frequent contributor to Le Monde Diplomatique, editor of The Legacy of Ernest Mandel and author of several books, including the forthcoming Eastern Cauldron.