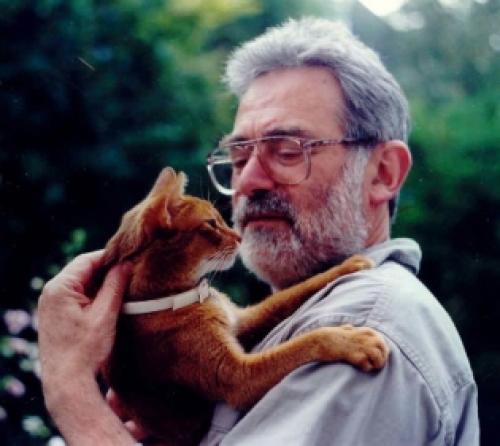 On June 16 our friend Peter Waterman (1936 - 2017) passed away. Peter was a dedicated internationalist activist as well as a scholar of social movements. He was active in the trade union movement, and later the Global Justice movement, playing an important role in the World Social Forum. He studied at the International Institute for Social Studies in The Hague. On South Asian Citizens Web, the following tribute was published.

Peter Waterman, the romantic rebel and eternal dissident and internationalist passed away on the night of 16 June 2017.

Peter Waterman was born into a middle-class London Jewish Communist family, his father being at one time general manager of the major UK Communist bookstore, his mother the eventual author of two semi-autobiographical novels. After much Young Communist activity and a one-year course in journalism in London he became the English and Chief Sub-Editor of the monthly of the International Union of Students in Communist Prague (1955-8). Following compulsory UK military service (1959-60) he became a student at the union-identified Ruskin College, Oxford (1961-3), and then did a batchelor’s degree at the university itself (1964-5). Now with a wife and two small children, he worked as a labour educator for the World Federation of Trade Unions, again in Prague (1966-9).

After the Soviet invasion of Czechoslovakia, 1968, he ‘left both the Communist World and the World of Communism’. He did a one-year Master’s in West African Studies, Birmingham (1969-70) and first became an academic at Ahmadu Bello University in Northern Nigeria (1970-72). From then until 1998 he taught at The Institute of Social Studies, in The Hague, first on Third World unions, later on labour and other social movements, their internationalisms and on (computer) communications in relation to such.

He was editor of the Newsletter of International Labour Studies through the 1980s, and has been (co-)author of numerous books and articles, published in English, Spanish, Portuguese, French, German, Korean, Japanese and Dutch.

He played a major role in exchanges on ‘social movement unionism’ and the ‘new labour internationalisms’. More recently he had written his own autobio and had been involved with DemocraciaGlobal in Peru (where his longtime compañera, present wife, the international feminist writer/activist Virginia Vargas lives) with the free, online, social movement journal, Interface, and had been trying out the new online social movements project, Intercoll.

Peter will be sorely missed by all his comrades and friends