No 71. Introduction to Marxist Theory 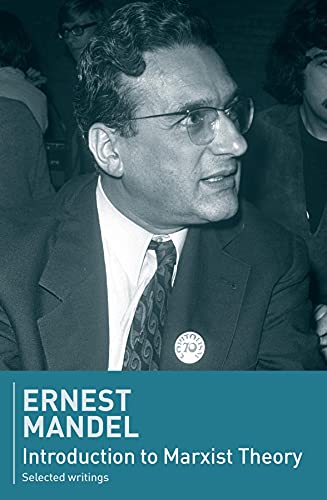 Introduction to Marxist Theory contains a selection of essays on key subjects Mandel worked on: the theory of the state, imperialism, reformism, and bureaucracy. “The Leninist Theory of Organisation” is an influential essay on class consciousness and organisation. The “Introduction to Marxist Economic Theory” was widely used as a textbook in classes on Marxist economics.

Introduction to Marxist Theory is the first in a series of selected writings by Ernest Mandel. The others will be Marxists Against Stalinism and Hope and Marxism - Historical and Theoretical Essays.

Ernest Mandel (1923-1995) was an activist as well as a theorist, and a leading figure in the Fourth International.  He is perhaps most widely known for his economic analyses, presented in Marxist Economic Theory (1968), The Formation of the Economic Thought of Karl Marx (1971),  Late Capitalism (1975), Long Waves of Capitalist Development (1978), as well as his substantial introductions to the three volumes of Marx’s Capital.

Ian Parker is an activist based in Manchester. His books include Slavoj Žižek: A Critical Introduction (2004), Revolutionary Keywords for a New Left (2017) and Socialisms: Revolutions betrayed, mislaid and unmade (2020).

Published by: Resistance Books, London (resistancebooks.org) and the International Institute for Research and Education, Amsterdam (iire.org)