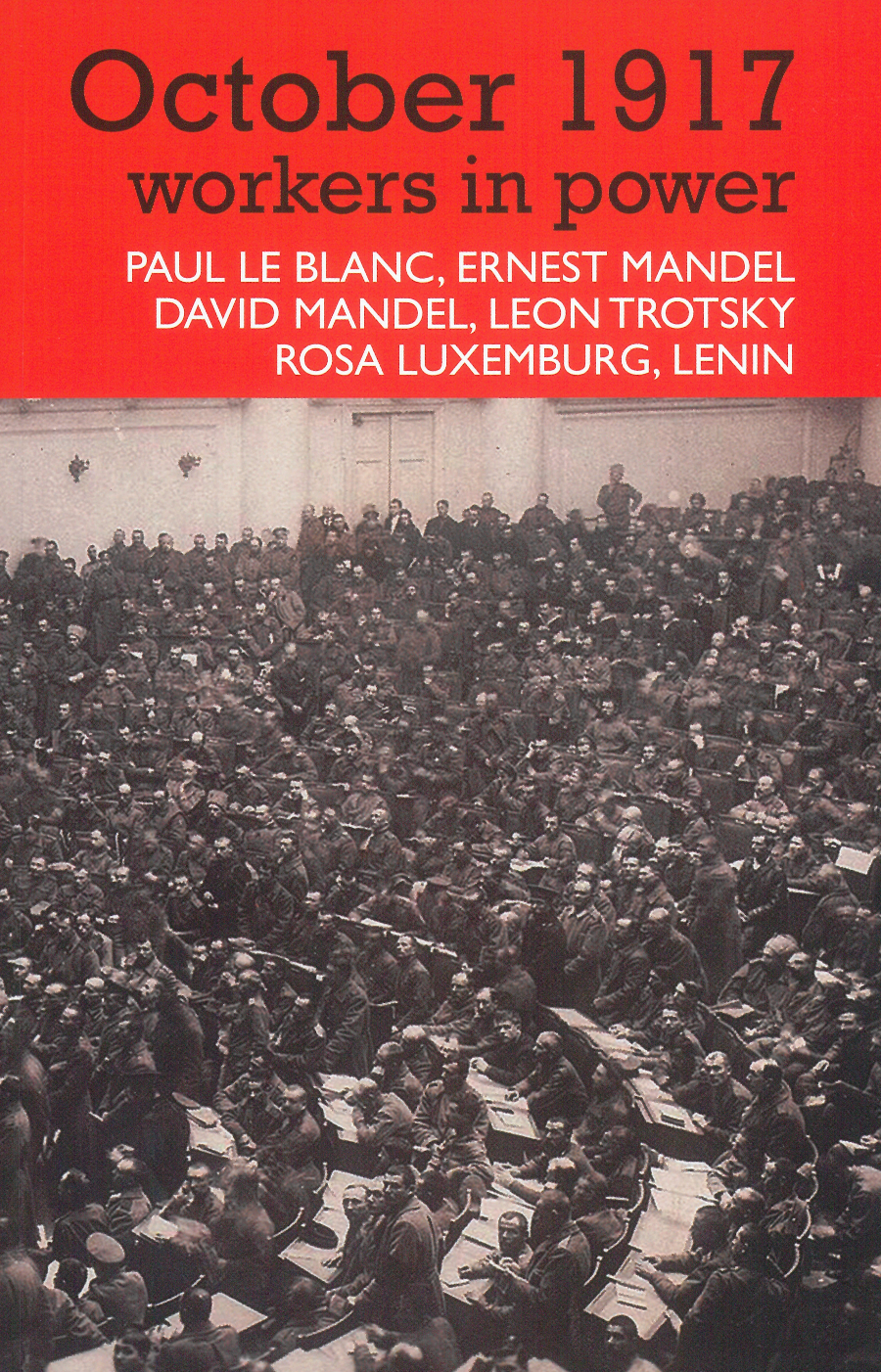 Published by Merlin Press, the IIRE and Resistance Books

What they say about the book

“October 1917: Workers in Power” provides a stimulating starting-point for centennial reassessment of the Russian revolution. Paul Le Blanc provides a sparkling and authoritative survey of major historical studies; David Mandel expertly analyses workers’ control in the Russian upheaval. Classic assessments of the October upheaval by Lenin, Luxemburg, Trotsky and more recently, Ernest Mandel round out this important addition to socialist literature on 1917.
John Riddell, editor of eight-volume documentary series on the world revolutionary movement in Lenin’s time and ecosocialist activist.

For an objective study of 1917, not uncritical, but firmly rooted in the revolutionary tradition, this book can be unhesitatingly recommended.
Soma Marik, author of Revolutionary Democracy: Emancipation in Classical Marxism, Haymarket and IIRE (forthcoming, 2017).

This collection, containing both texts by participants and retrospective historical analyses, defends the achievements of the Revolution while honestly recognizing its limitations, and will stimulate informed discussion.
Ian Birchall, socialist historian.

This is an important collection celebrating the legacy of the Russian Revolution in its centenary year. Paul Le Blanc’s Introduction provides rich historical context for past events. But the book is really about the future. It is an effort to nourish the lessons of past such that they may irrigate new struggles of the future.
Tithi Bhattacharya, Professor of History, Purdue University; editorial board member, International Socialist Review.

A fascinating and unexpected collection of materials that shine a needed light on the workers revolution of 1917. All in all, a spirited defence of the October revolution at a time when many people would like to forget all about it.
Lars Lih, author of Lenin Rediscovered: What is to be Done? in Context, Haymarket 2008.