IIRE schools are a life changer 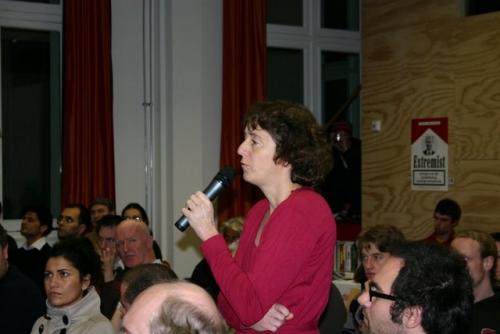 Conducting its first survey of previous participants, the IIRE has obtained an uplifting insight into the longer-term impact of its schools.

Survey participants’ overall rating of the schools is very high, with some talking about how participation in an IIRE school has had a profound impact on their lives.

A participant from Canada in the 2010 Global Justice School describes how the school gave insight into eco-socialism and motivated him to be more engaged: “My participation in the school was instrumental for our ability to launch an ecosocialist movement back home.”

The overall assessment of their participation in the school is very positive. 90% feel that the school strengthened their political ideas and knowledge. 100% say that they have actively recommended the school to other people. On the downside, working with simultaneous interpretation was mentioned as a barrier.

A Mexican participant in the 2008 Global Justice School explains how “the diversity of lectures, experiences and participants” provided her with new perspectives that remain useful in her activist work.

In the coming months, the IIRE will reach out to more stakeholders in order to get feedback on how the institute can better continue supporting activists around the world, by creating international links and providing a space for reflection and study.

A respondent describes how the school opened her eyes to gender issues and motivated her to move to Europe, where she now pursues a master’s in gender studies.

The IIRE alumni survey was sent in English, French and Spanish to 115 alumni of IIRE schools in 2007-2010. There was a response rate of 18.3% (21 people). The survey was designed, implemented and analysed by MA José Francisco Nóvoa Pino, who completed an internship with the IIRE in October-November 2014.