No.61 We the Indians. The indigenous peoples of Peru and the struggle for land 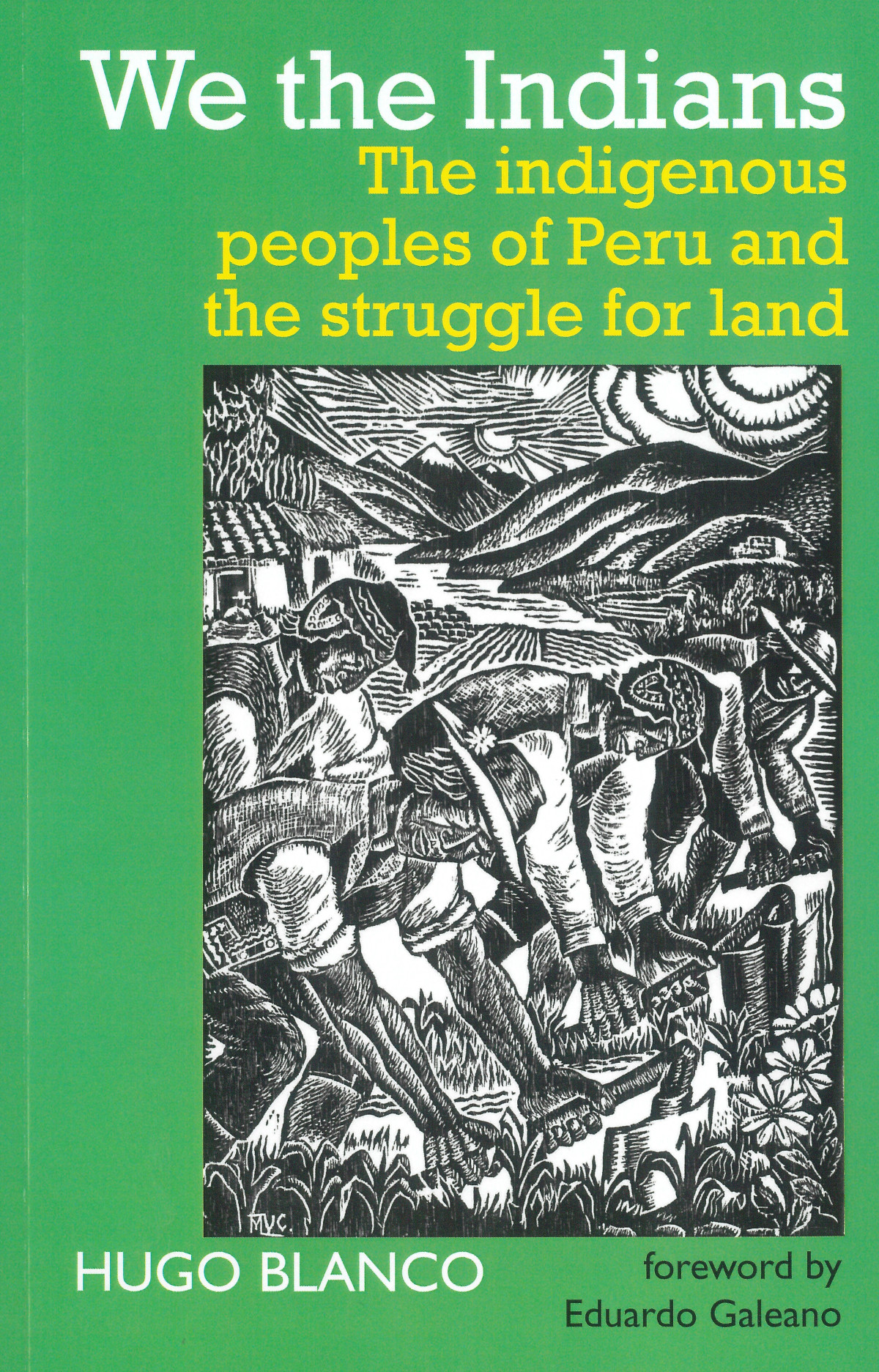 The story of indigenous peoples in Peru, and struggles for land reform and change from the 1950s and 1960s. In 1972 he published:  'Land Or Death: The Peasant Struggle in Peru'

Hugo Blanco is a historic leader of the Peruvian campesino struggle and a key figure in the huge insurrections of the rural dispossessed. He was a key protagonist in the stories he shares in vivid but direct language. At the same time he gives voice to those who fought alongside him, while always advocating a respectful relationship with Pachamama (Mother Earth).

Eduardo Galeano writes: These pages, written in bursts, disorderly, jubilant and desperate, tell of the adventures and misfortunes of the man who headed the campesino struggle in Peru, the organiser of the rural trade unions, the man who pushed for an agrarian reform born from below and fought for from below.

A red thread runs through these beautiful, scattered reflections, polemical interventions, autobiographical vignettes, and letters – Hugo Blanco’s unwavering stand with the oppressed, and belief in their capacity for self-emancipation. Jailed, exiled, tortured, his spirit of sedition never seems to wane. From student militancy, to factory organizing, to mobilizing with the landless, Blanco’s first political decades in Peru and Argentina set on course a long life of resolute antagonism to the tyranny of capital across several continents. – Jeffery R. Webber, author of The Last Day of Oppression, and the First Day of the Same: The Politics and Economics of the New Latin American Left