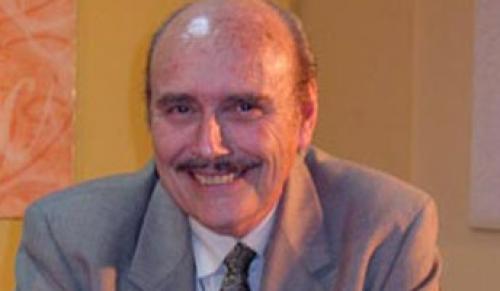 We were deeply saddened to hear about the passing of our friend James Donald Cockcroft on 16 April, 2019. James was a fellow of the IIRE, a scholar, activist, and author of many books, especially on Latin American politics. He lived his life to the fullest, writing and engaged in activism until his illness prevented him from continuing. We wish his loved ones, especially his partner and former IIRE co-director, Susan Caldwell strenght in dealing with this loss.

Below we republish a message from his personal blog.

James D. Cockcroft, 83, of Montréal, QC, passed away, after a hard fought battle with bladder cancer.

James was born on October 26, 1935 to Donald Griswald Cockcroft and Elizabeth Lillian Powers in Albany, NY. After attending Albany Military Academy, he attended Cornell University, graduating in 1957 in Philosophy and English, then receiving his M.A. at Stanford University, 1964 (English) and his Ph.D. at Stanford University in 1966 (Sociology, History, Political Science, with a Latin America /U.S./ Europe/ Development focus).

James was an historian, sociologist, political analyst, poet, and bilingual award-winning author of 50 books on Latin America, Latinos, US hidden history, culture, migration, and human rights. He was politically active from anti - VietNam war movement in the 60s and 70s, human rights activism in opposition to the shah in Iran, to solidarity movements with the struggles in various countries in Central and Latin America, especially Mexico, Cuba and Venezuela.

He was a member of various professional associations, international councils and civil society tribunals and a frequent public lecturer. A US citizen and Canadian immigrant, he was a member of the UNESCO-sponsored World Council of the José Martí International Solidarity Project, one of the founders of the Network of Intellectuals, Artists, and Social Movements in Defense of Humanity, la Table de Concertation de Solidarité Québec-Cuba, the Canada-Cuba Literary Alliance, and the International Committee for Peace, Justice and Dignity.

Until his final illness, James continued his writing as well as his political activism through the international committee for the ‘Free the Cuban Five’ which successfully won their release, and had multiple invitations to be an international observer for conferences and elections in Venezuela. He was also a key organizer of the Nuestroamericana annual parade in Montreal.

In 1954 at Cornell, he met Eva Sperling, and they wed in 1957, going on to have 3 sons, Ben, Eric, and Peter. After their separation and divorce, James had a 13 year relationship and marriage with Hedda Garza, ending with her sudden death in 1995. His final relationship was with Susan Caldwell, which led to his immigration to Canada in 1999 and residence in Montréal.

James was predeceased by his sister Patt Morgan, his first wife Eva Sperling and second wife Hedda Garza. He is survived by his brother and sister-in-law George and Ann Cockcroft, his partner Susan Caldwell, his sons (and family/grandchildren) Ben and Lindy Cockcroft (April, Travis and Lucas) Eric and Olivia Jones Cockcroft (Myles, Leland and Mary Mealoha) and Peter and Yali Lincroft (Sammy and Jackie), step-son Dan and Rose Garza (Jeffrey and Larissa), Susan’s son Omar Bickell and Nathalie Benoit (Maya and Malik) plus an extended and loving family of nieces and nephews, great-nieces and great-nephews and a great-grandson and many, many long-term close friends and comrades.