Memoirs of a keen observer 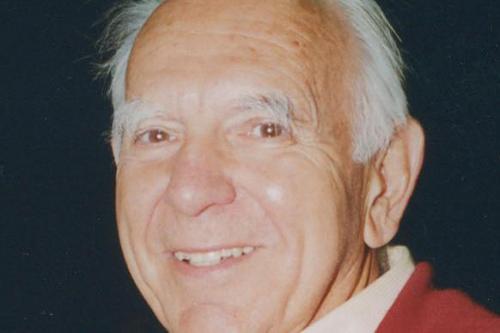 Livio Maitan (1923–2004) was a leading figure in the international Trotskyist Movement who won respect and had an influence on the wider left. Memoirs of a Critical Communist, published in Italian in 2006, his last book, is a ‘contribution’ to the history of the Fourth International. The Italian was, with Pierre Frank, (France) and the influential economist Ernest Mandel (Belgium), a leading figure in the main branch of Trotskyism. Maitan had, the late French Marxist philosopher Daniel Bensaïd, writes in the Preface, ‘a sense of humour and self-irony’, a warmth and intellectual breadth, which is far from the general picture of a Trotskyist leader.

Maitan’s book on China, Party, Army and Masses (published in Italian in 1969), appeared in English in 1976. Written with an audience sympathetic to the Cultural Revolution in mind it was critical of the Chinese bureaucracy but falls far short of the robust demolition of Mao’s ‘sterilising totalitarianism’, by Simon Leys. The present volume ranges much wider. It is a ‘history of the activities of the international leadership’ of his current until his passing. Pages cover the disputes within Trotskyism during the Cold War, the anti-colonial revolutions, the ‘68 upheavals, the Portuguese Carnation Revolution of 1974, up to what Franco Turigliatto has called ‘the congress of “disillusionment’ of 1995. [This tried to come to terms with the fall of Communism and world-wide setbacks for the whole of the left]. This saw an end of hopes for democratic left-wing developments in what Trotskyists considered to be “bureaucratised transitional societies”.

Memoirs recounts Maitain’s extensive involvement with the Latin American left. The faction run by Posadas, best known today for its belief in flying saucers, but in the ‘sixties for asserting that the world revolution was now led from Latin America and Africa’, was one of many to stress the importance of these countries. The guerrilla strategy of Che Guevara, who had ‘read, and liked Mandel’s Marxist Economic Theory’, attracted support in Bolivia, where Trotskyism had influence in the workers’ movement. The practice of armed struggle led to intense debates across the continent, and the creation of ‘political-military’ groups committed to armed struggle. Disputes in Argentina, where Trotskyism continues to have an influence, took place against the background of extreme state repression, and calls for militaristic responses. The niceties of Maitain’s account, which also covers Chile and Mexico, including the row with the ‘Moreno’ tendency that continued till the 1980s, will interest specialists,

Maitan has an eye for detail. He describes the Militant leader Ted Grant carting around Marxist relics in his briefcase to quote Trotsky ‘chapter and verse’. Talented rally speaker Tariq Ali is cited as returning from a visit to North Korea in 1971 with a ‘fairly positive opinion’ about its economic development. The American Socialist Workers Party (no relation to the UK SWP), the oldest Trotskyist party in the world, and an influence on the celebrated list of 1930s New York Intellectuals, under the impact of Jack Barnes today subordinates its politics to the Cuban state. Maitan charges them with their leader’s ‘authoritarian behaviour’ and purging their group by accusations of ‘disloyalty’. He does not explore allegations of ‘cultism’ and ‘Trotskyist missionaries’ common to those who have had contact with them in Europe.

Memoirs of a Critical Communist is far from the work of a cultist. If not always an easy read, even for those familiar with the personalities involved and the movements. From optimism in 1968 ‘during the heat of the action’, to criticism of one of Trotskyism most abiding traits, leaders ‘wedded to centralising tendencies and charismatic methods’, Maitan emerges as a keen observer. The willingness to engage with other radical movements, to rethink ideas in the light of experience, to try to build ‘a global anti-capitalist movement’ on a socialist basis, has been helped by activists of his calibre. For those prepared to plunge into the difficulties the left faces, this book is an important reference.

Republished with permission from Chartist edition 304 (March/April 2020). Originally published under  the title ''More than a cultist''.

Livio Maitan, Memoirs of a critical communist. Towards a History of the Fourth International, Preface by Daniel Bensaid, translated by Gregor Benton, edited with and introduction by Penelope Duggan
IIRE, Resistance Books, Merlin Press, 2019, 455 pages.