No.27-28 Fatherland or Mother Earth? Essays on the National Question 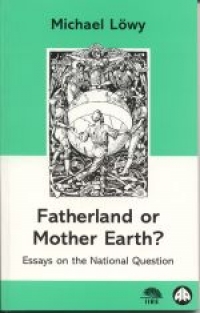 In Fatherland or Mother Earth? leading French Marxist Michael Löwy argues that the fragmentary writings on national issues by Marx and Engels have the potential to form the basis of a coherent theory, a truly international dialectic which yet remains to be developed. This theory draws on contributions from key thinkers such as Lenin and Otto Bauer. Löwy argues that the explosion of nationalist movements around the world today cannot be wholly understood without acknowledging Lenin's notion of 'oppressed nations' nor be adequately addressed without Bauer's toolbox of 'national/cultural autonomy'. Löwy demonstrates that by doing justice to national realities and identities, and simultaneously linking together new forms of social-movement internationalism - anti-IMF, ecological, feminist - a new internationalism can be created for the twenty-first century.

Born in 1938 in São Paulo, Brazil, Michael Löwy has lived in Paris since 1969, where he is now director of research in sociology at the National Centre for Scientific Research. One of the most versatile Marxist intellectuals of our time, he has been widely published in English and French (as well as Spanish, French, Portuguese, Italian, Turkish, Japanese, etc.). His books in English include: The Marxism of Che Guevara (1971), Georg Lukács: From Romanticism to Bolshevism (1978), The Politics of Uneven and Combined Development: The Theory of Permanent Revolution (1981), the IIRE Notebook Marxism and Liberation Theology (1988), On Changing the World: Essays in Political Philosophy from Karl Marx to Walter Benjamin (1993) and The War of Gods: Religion and Politics in Latin America (1996).