No.29-30 Understanding the Nazi Genocide: Marxism after Auschwitz 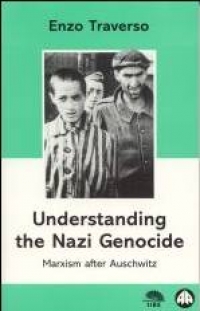 Auschwitz was a pre-eminently modern genocide. If racial hatred was its first cause, its execution required a 'rationality' typical of modern capitalism. In this book on the slaughter of the European Jews in 1941-45, Enzo Traverso sustains a dialogue with writings on the Shoah from Hannah Arendt to Daniel Goldhagen. To faciliate this dialogue he draws on the critical and heretical Marxism of Walter Benjamin and the Frankfurt School, which grasped late capitalism's pent-up capacity for destructive upheavals exacerbated by bureaucratic organization and advanced technology. Traverso argues that after Auschwitz, Hiroshima and the gulag, the choice we face is no longer between the progress of civilization and a fall into ancient savagery, but between socialism conceived as a new civilization and the destruction of humankind. For Traverso the Warsaw Ghetto uprising is an image of what should impel us to rebel: not a sense of inevitable victory, but an ethical imperative.

Born in Italy, Enzo Traverso is former Lecturer in Jewish Studies at the Ecole des hautes études en sciences sociales of Paris and currently teaches political science at the Jules Verne University of Amiens. Two of his earlier books have been published in English: The Marxists and the Jewish Question (1994) and The Jews and Germany (1995).