May 9: Feminism for the 99% - A Manifesto, with Tithi Bhattacharya 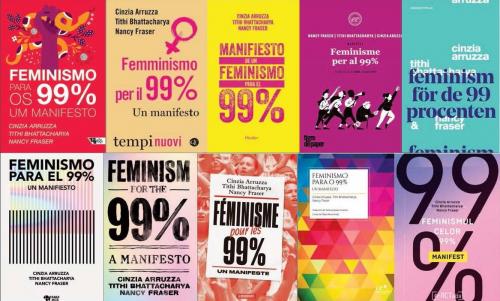 On May 9, the IIRE is hosting a discussion around ‘Feminism for the 99 %. A manifesto’ with three speakers:

Tithi Bhattacharya is one of the authors of the manifesto. Inspired by the new wave of feminist activism worldwide, Tithi and her co-authors Cinzia Arruzza and Nancy Fraser argue that feminism should not start – or stop – with the drive to have women represented at the top of their professions. Rather, feminism must focus on those at the bottom, and fight for the world they deserve.

Feminism for the 99 % must be anti-capitalist, ecosocialist and antiracist.

Two other speakers will discuss what such a feminism for the 99% can look like.

Penny Duggan is a socialist-feminist activist from France. She will trace the thread of class conscious, anti-capitalist feminism from the 1970s to today.

The manifesto is available through our website. As background for the discussion, we also refer to three articles by the speakers:

Oksana Shine: Feminism: Why a women*’s strike on March 8?

Penny Duggan: Dangerous Liaisons: The marriages and divorces of Marxism and Feminism.

The event is free and will be in English (Dutch interpretation available).