Audio-Recordings of 'The Left and social movements in Trump's USA' 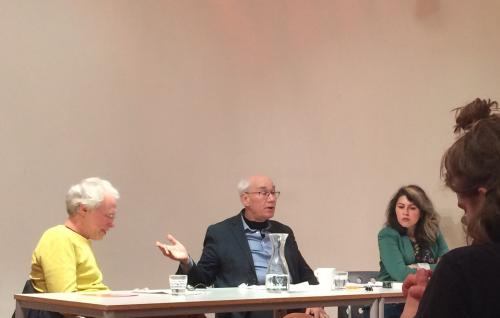 Peter is the author of 'Max Shachtman and His Left' (Humanities Press, 1994) and 'Warped: Gay Normality and Queer Anti-Capitalism' (Haymarket, 2015) and an advisory editor of the US socialist journal 'Against the Current'. He has published widely on socialist theory and history.

Paul is Professor of History at La Roche College in Pittsburgh, Pennsylvania (USA) and the author of numerous books on the Russian revolution and the socialist movement, including 'Lenin and the Revolutionary Party' (1990), 'Left Americana. The Radical Heart of US history' (2017) and 'October Song. Bolshevik triumph, communist tragedy 1917 – 1924 (2017).