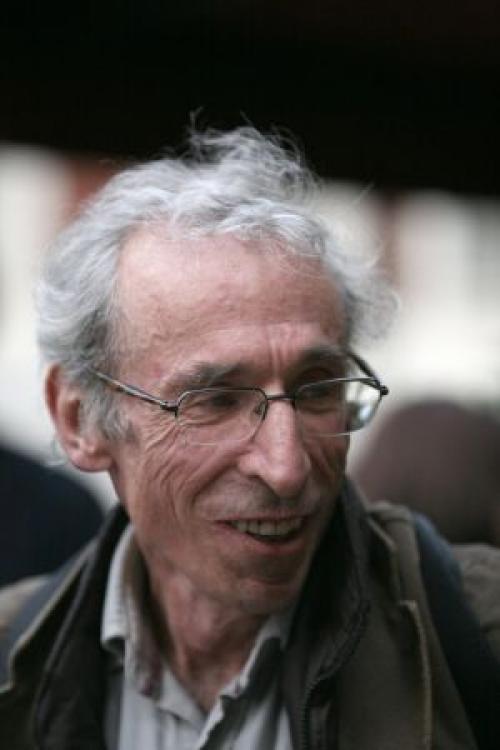 Éric Hazan: For you, what does being a Marxist mean today?

Daniel Bensaïd: I wouldn’t say that I never use the term anymore, but I rarely say it, because the history of the word has taken over the meaning, the connotation has overtaken the signification. The word has been used for so many different and contradictory things that it can no longer be used innocently. There have been state-marxisms, party-marxisms... Today, we should speak of a thousand and one Marxisms. This pluralism flows from the very contradictions and historical limits of Marx’s thought. It is an open-ended heritage: as Derrida said, a heritage is not something that you deposit in the safe, it is what the heirs will do with it.

To get a sense of it, we need to go back to the hard core, to the heading that accompanied Marx for almost forty years, from the manuscripts of 1844 to his death: ‘The Critique of Political Economy’. Let’s take the example of globalisation. Many critical spirits talk about how it works—tax havens, financial speculation, commodification of everything, including of living—but all this is descriptive, not explanatory. Marx’s strength is that he anticipated it, at the very beginning of industrial capitalism. When he talks about the proletariat in the 1840s, who is he talking about? The cabinetmakers of the Faubourg Saint-Antoine suburb, the German jewellers and tailors working in their own homes. He dissected at its origin the nascent mechanism of capital accumulation. Today, there is a permanent feeling of an acceleration of time, of daily life becoming ever more hysterical, of all spaces being invaded by the logic of the market. This is not a purely technological effect, even if technology contributes to it, but it is the logic of the accumulation of capital which, to escape its own shadow, must whirl around faster and faster, like a dervish, in order to compensate for its diminishing return. In order to understand our world instead of being content with criticising and denouncing, Marx’s thinking remains a starting point – but of course not a point of arrival! Braudel said that if we wanted to put an end to Marxism, we would need to heavily police our vocabulary. Elements of Marx’s thought have become part of the everyday prose of our time, even of those who are not at all Marxists. So, for me, being a Marxist means keeping these tools for understanding the world, not in order to preserve them but to bring them to live. It means thinking that this world cannot be reformed by touching it up, that it must be changed, and that the urgency for this is greater than ever.

There is a danger, which Derrida had already perceived in 1996’s Spectres de Marx, of an academic rehabilitation of Marx, along the lines of: ‘he is a powerful thinker, and if he hadn’t strayed into politics, he could have been quite respected: he is in the Pléiade collection, which is already a monumental achievement (Lenin has little chance of entering the Pléiade!), he is part of the Pantheon of great thinkers of our time, but it would have been better if he hadn't bothered to write about the Paris Commune’. But precisely, in Marx, this is inseparable. This makes him a new type of intellectual who, like an acrobat, moved from writing Capital to the practical organisation, the pasting of stamps if you like, of the call for the First International in the 1860s. For these reasons, I think, again like Derrida, that there is ‘no future without Marx’: for, against, with, yes—but not ‘without’. When neoliberals call Marx a nineteenth-century has-been, I have to laugh as they themselves go back to Hobbes, to Locke and Tocqueville. Marx is a contemporary thinker, and his contemporaneity is capital itself, he is its alter ego. He saw into the impersonal brain of capital, like a profiler in a police novel understands the brain and the logic of a serial killer. Today, the brain has developed, but to understand how it works, we need to think with Marx. If I am a Marxist, it is in this sense and for these reasons.

E.H.: Do you see a basis for the distinction between the young Marx and the more economist, more productivist Marx of Capital? It seems to me that the mature works do not have the same tone, that in the 1860s we no longer find the same joyful anger, the same insolence as in the 1840s.

D.B.: No one falls from the sky fully formed intellectually. Marx, like anyone else, goes through a process of intellectual formation. At the earliest beginning, there is Marx the liberal democrat, up and to the turning point of 1843-1844, when he works at the Rheinische Zeitung, when he explicitly refused the very label of communist. And then there is this break, as he says, with the old philosophical consciousness he inherited from Hegel: the fundamental texts that matured in 1843 and were published in 1844 in the single issue of the Deutsch–Französische Jahrbücher: On the Jewish Question, and the Introduction to the Critique of the Philosophy of Right are where, for the first time, he speaks of the proletariat.

Secondly, he moves from a philosophical, and sometimes even lyrical, genre to a critique that in its striving for rigour gives an austere impression. Working on the statistics of English factories, on the patterns of reproduction, is no laughing matter. Engels told him that Volume II of Capital was going to be dry! On the other hand, the first chapters of Volume I, on commodity fetishism, where we see how workers come to sell themselves on the market, where we follow Mr. Moneybags into the abode, or the chapter on primitive accumulation in England, all these texts are very poetic. It is a great literary work, one of the few that can rival it would be Proust’s In Search of Lost Time…

D.B.: It may seem strange, but it is the same construction: with Proust, you start with the madeleine, and from it a world emerges, the côté de Guermantes and the côté de Méséglise, and so on. Marx starts from the commodity, from the most banal things we have at hand, a pencil, a pair of glasses – and from it emerges, as if from a magician’s hat, abstract labour and concrete labour, use-value and exchange-value, constant capital and variable capital, fixed capital and circulating capital…

An entire world again! And the circle is complete: with one, we have recovered time, with the other, at the end of the cycle of production, circulation and reproduction, we find capital itself in the living flesh and no longer as a skeleton, capital as the great living subject of the modern tragedy. But some developed the idea, the young Gramsci in particular (and much later Negri), that there is a Marx of revolt and subjectivity—in particular in the manuscripts of 1857-1858—and that later this aspect disappeared. Castoriadis, who was nevertheless a cultured person, even said that in Capital, there was no longer any class struggle! I’ve never understood how anyone could make such a blunder. But Capital is not just about unravelling the mechanisms of exploitation and surplus value, which was at stake at the time, it was political, it was the necessary point of support for the critique of Proudhon, to show that exploitation and oppression could not be eliminated by equitable credit and just distribution, that it was necessary to go to the very source of the extortion of surplus-value. But Gramsci’s article, ‘The Revolution against Capital’, remains famous—the revolution as subjectivity, against a cold-blooded science, this line was then taken up by Negri in Marx Beyond Marx.

Part of the reservations about Marx’s work is that in people’s minds his ideas have become confused with a doctrinaire Marxism. I myself received training with Stalin’s immortal pamphlet Historical Materialism and Dialectical Materialism, with Georges Politzer’s Elementary Principles of Philosophy, etc. Another reason is the lack of knowledge of Marx in France. In 1968, the Grundrisse had not been translated, and Althusser did not know them. But he rather overdid it when in The Future last Forever he claimed that at the time he had only read the first volume of Capital. It is this lack of knowledge that led in France to a predominantly positivist reading of Marx. Marx and Auguste Comte are often considered to be all the same, whereas for Marx, Comte was a complete idiot. In the whole of Capital, I think there are only two footnotes referring to Comte, to say: ‘How can one write such things, thirty years after Hegel?’ Nevertheless, the whole of French academia, at least the so-called human sciences, was dominated by Comtism. Émile Littré was Comte’s direct heir, and so was Durkheim, and the historiography of Lavisse, and Jules Ferry, the whole academic apparatus was positivist. And the French workers’ movement, at least its intellectual part, was also formed in this mould: there were few German-speakers among its founders, apart from Jaurès and Sorel, so many didn’t have access to the texts…

Hence the misinterpretation of Marx as a scientist. Marx points out the difference between what he calls ‘German science’ and ‘English science’. For him, English science means the exact or positive sciences. He is very admiring, sometimes excessively so, of the progress of physics, chemistry, geology... And than there is German science, Wissenschaft, which is not ‘science’ in the French sense of the term: it is the dynamic movement of knowledge. Very few people in France realised this. In particular, the early Althusser, the one of the 1960s, built his fame on a complex scientificy, on a wish for Marxism to be so scientific that Marxists could be recognised by their academic peers as serious people, and not as signatories of petitions, as intellectuals for hire. Hence the (unaccomplished!) search in Marx’s work for an untraceable ‘epistemological break’: when did Marx become a scholar, instead of an ideologue and philosopher? Finally, Althusser uncovered the secret: Marx had become a Marxist just before his death, in 1883, in a little text called Marginal Notes on Wagner. It was about time!

Why this determination to find a radical separation between the hell of ideology and the enlightened universe of science? It is in order to be a scientist in the French sense. There are a few exceptions, those who understood that in Marx there is a different idea of knowledge. There was Manuel Sacristan in Spain, and Blanchot in France: in a short text in L'Amitié, entitled ‘Les trois paroles de Marx’, he showed how Marx combined three words; politics, philosophy, and this specific idea of science which in French culture is so disconcerting. Finally, the fall of the Berlin Wall and the explosion of the Soviet Union probably freed Marx and his thousand and one Marxisms from the doctrinaire orthodoxies that held them captive. I say a thousand and one, because the problem exists: to find what in this plurality of Marxisms can constitute their unity, what allows us to separate the legitimate interpretations from pure and simple misinterpretations.